In his 2013 State of the Word Speech, Matt Mullenweg shared his plans to release two major versions of WordPress later this year in addition to 3.6 coming out this week and to generally increase the rate of WordPress updates. We discussed this a bit on the WPWatercooler today, but there wasn’t really time to get into things.

The discussion (argument?) went something like this: (paraphrasing here)

Chris Lema: It’s really annoying and costs a lot of money to retrain people when WordPress is updated, especially in the enterprise.

Chris Lema: Of course updates are easy for you, you bleed blue WordPress blood. You need to be able to relate to end users who are confused by UI updates, etc.

And that’s about where we left it before moving on to the next topic. If I had time, I would have continued on like this…

First, I do understand the end user’s perspective. I have to do these updates for clients, answer the support calls, and sometimes retrain them. I used to be in the Chris Lema camp and thought WordPress was needlessly updating their UI too fast. I mean, I thought the change in version 3.3 to hide submenus in the dashboard behind flyouts was a big big deal. But that’s nothing compared to the potential change between the current version of the WP dashboard and this mockup of how things might look under the new “MP6” dashboard UI. 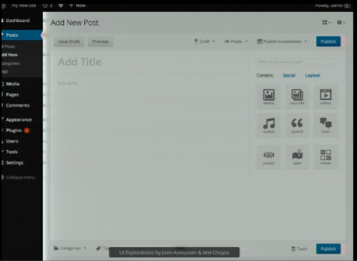 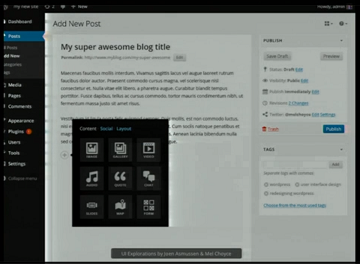 I’ve since changed my mind. Here are a few arguments for faster WordPress updates.

I really mean for this to be a continuation of the discussion we started on the show. So I look forward to feedback and counterarguments in the comments below. Why am I wrong?

Update: Chris Lema has posted a reply on his blog.